THE place to discuss the LHC
http://lhcportal.com/Forum/

by bluecat
Irrespective of whether we live in a universe or multiverse, I keep wondering as to what it is.
There is probably no definitve answer. It might be the wrong question altogether.
So we know a bit of what our universe is made of (4% baryonic matter clumped in stars and galaxies and 96% something 'dark') and the nature of reality could be mathematical (Tegmark).
Is it beyond our logical minds to go further and describe why our universe exists, what is its purpose, and why it bothers to exist (Hawking and the mind of God)?
Could observation by the LHC or other still provide a clue?

bluecat wrote:... the nature of reality could be mathematical

That's the point where science becomes religion. There's no proof for that, actually universe keeps proving us wrong: What used to be nice and simple set of rules with Newton became a mess with Einstein, even more mess with Quantum Mechanics, and nobody knows if it's even possible to put the two together (which nature has no problem doing, e.g. in black holes). Multiverse is a desperate attempt to keep mathematics being relevant at a price of assuming existence of things we could never see or measure.

Mathematics is a tool we use to describe the world around us. A very successful tool, the best we ever had. But belief that it's the right tool and that the universe revolves around it is as good as belief that everything can be explained through God.

Kasuha wrote:There's no proof for that, actually universe keeps proving us wrong: What used to be nice and simple set of rules with Newton became a mess with Einstein

Is that where it becomes quantum? Does the act of observation actually change the rules. I thought Einstein refined Newton and right now someone is trying to refine Einstein, leading to a greater mess.
Maybe that's what a universe is - a mess. Order cannot be found there. But there are equations and what produced them? It could be the mind of God, but then it would depend upon what actually is 'God'. Does God have a first cause? Why would a creator God wish to destroy its own creation? An unchanging (steady state) universe might have suggested a God.
I assume that the universe is not all there is and all there has ever been. If we knew the actual shape of the universe we might be able to determine if it had a creator.


Mathematics is a tool we use to describe the world around us.

The best answer I know as to the nature of reality is that we do live in a universe which can be described by mathematics. What lies outside mathematics? In that case it is more than just a tool.

bluecat wrote:The best answer I know as to the nature of reality is that we do live in a universe which can be described by mathematics. What lies outside mathematics? In that case it is more than just a tool.

Mathematics originated from our daily experience. There is no real "one" in the universe, all things are different. But our brains can't absorb it that way, so we use abstractions. That way we can have "one stone" or "two stones" by abstracting from their differences and considering them equal.

But our notion of "one" is emergent. It's consequence of how the universe works, not the basis of it. Trying to explain universe in terms of ones and zeros (and their sophisticated combinations like complex numbers) is like trying to explain iron ore in terms of space rockets. And I believe that's why it gets the more complicated the deeper to the nature of the universe we get.

We may get a completely different mathematics, some where numbers are a consequence, not the starting point, to provide accurate description of the universe.

by bluecat
So if I'm asking what exactly is a universe, I could just as well ask what exactly is mathematics.
Can I assume a mathematical theorem cannot be overturned, or are there no absolute truths?
Heisenberg overturned the idea of absolute position. That suggests that there is no absolute universe and gives some credibility to the multiverse idea.
Where do the numbers and the equations come from? I can only assume that when the universe evolved in space and time that physical laws dropped into place. But what fired up the equations?
The brain does not see reality. It can only build up a model of it. In that case, mathematics is its own model, but it is not reality. I'm not sure if that's what you are implying.

Sure, and you are a bundle of neurons within it, we are all part of da God.

Have you never seen the millennium Run simulation and how the structure of the Universe is similar to that of a brain.

by Kasuha
That can't possibly be a coincidence...

Great to see you still hanging around.

Personally I think your observation looks more like The Saint. 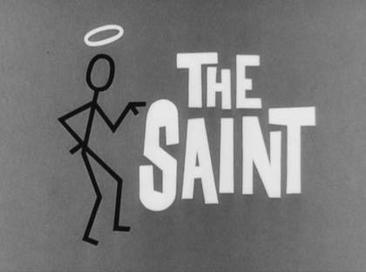